Feeling Through – a MUST See Oscar Nominated Film 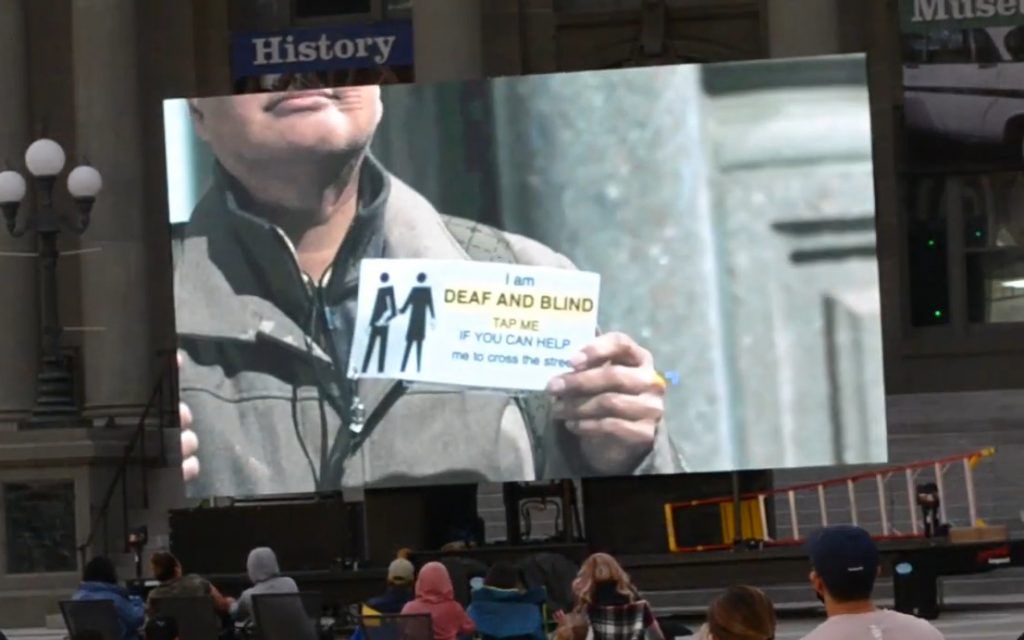 Recently, I was interviewed on the Red Carpet at the BraveMaker Film Festival in Redwood City by none other than Gleidson Martins (with News Up Now).  I had just caught an outdoor screening of an INCREDIBLE Oscar Nominated short film titled “Feeling Through” which is an amazingly beautiful story about the unlikely connection between a New York City teen and a man named Artie, who is DeafBlind.

This remarkable story, based on a true encounter, features an award-winning cast and is not to be missed!  I’m not going to spoil it for you… but you can learn more about the film (and also see my interview… I’m about 2:50 into the clip… which is featured on the Pink Show with Samia Vilefort, btw!) by clicking this link: The Pink Show

A highlight for me was after the film – I had the opportunity to speak directly with the Oscar Nominated Filmmaker (Writer/Director), Doug Roland, who had this unique encounter with ‘Artie’ in NYC years ago and decided to share it.  As you know, I truly enjoy connecting with other like-minded individuals who support my mission – to bring greater awareness about the Special Needs Community to the general public and I LOVE what he is sharing about the DeafBlind Community!!!  What a fabulous night!

I HIGHLY encourage you to seek out this film, support it, and share it with others!  Such a beautiful film and just what is needed right about now… compassion, a kind-heart, and the ability to step into someone else’s shoes and really try to understand their perspective.  I won’t say anymore.

This entry was posted on Thursday, September 9th, 2021 at 5:12 pm and is filed under Blog, Communication, Events, Inspirational. You can follow any responses to this entry through the RSS 2.0 feed. Responses are currently closed, but you can trackback from your own site.

Start Building
Your Child's Extra
Special Advantage!
You can't pour into them if you have an empty cup. Your child's journey starts with you being at your best, so let's look after you first! It isn't 'selfish' it's essential! Download my special gift - "Timeout for Parents - 2 Minute Tips to Help You Restore Your Sanity and Avoid Burnout!"
You'll continue looking after your child WHILE looking after yourself.
Ready, set...