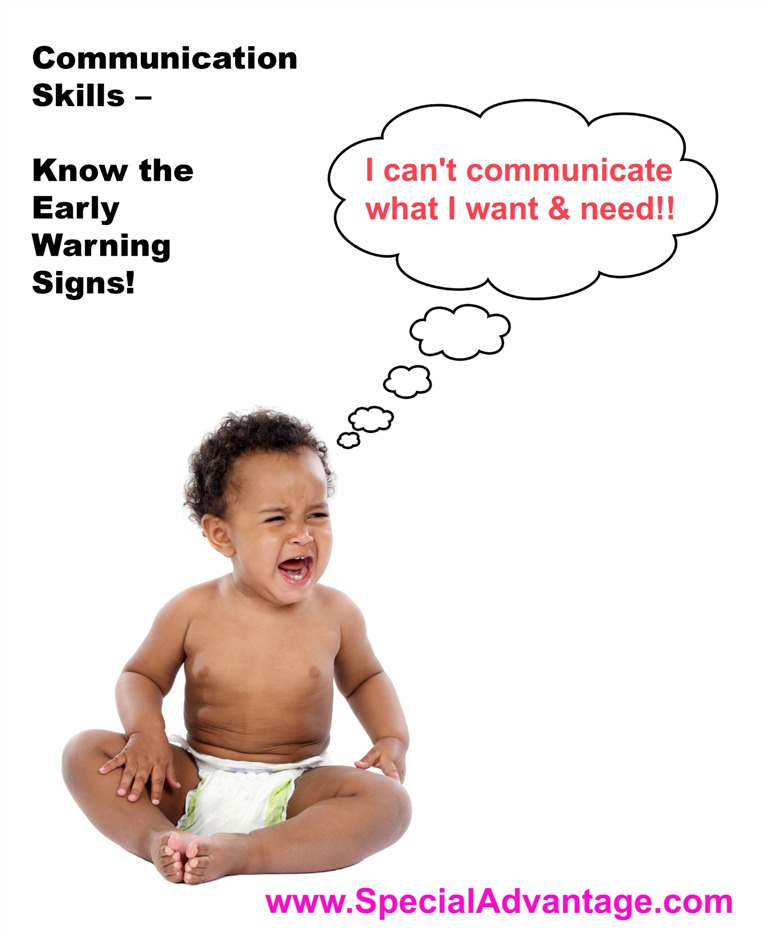 As I’ve mentioned before, all children develop at different rates and in slightly different ways. There are differences in development and they may be contributed to individual personality, temperament, our experiences or even cultural differences. Some children are born with special needs that are identified at birth and these can impact their health, growth and development. Other children, however, may not show developmental deficits, delays, or differences until a bit later on in childhood.

In terms of speech and language development, the important thing to remember is how to determine early warning signs if and when they do appear so that children can get the support and help they need early on if they do have a communication delay. The sooner a concern is identified, the sooner the child can be evaluated, and, if needed, the child and their family can get the individualized, developmental support and guidance they so need and deserve – that extra Special Advantage.

Reasons for concern that your child or a child in your care may need extra support and help with their communication skills would be if the child displays any of the following signs:

These are only a few developmental milestones or red flags I watch for in children up to age 5. If you suspect that your child, or a child in your care, might be experiencing a developmental delay or may need some extra help or support in the area of communication skills, I invite you to contact me to discuss your concerns in a complimentary “Little Hero Success” phone or Skype session. I’d be honored to hear your story and your concerns. Even children who have serious delays can make big improvements when the right kind of support begins as early as possible. I know your child can succeed!  😀

Behavioral Challenges in young children Early Warning Signs of Developmental Delays Typical and atypical development
This entry was posted on Friday, September 12th, 2014 at 5:18 pm and is filed under Communication. You can follow any responses to this entry through the RSS 2.0 feed. Responses are currently closed, but you can trackback from your own site.

Start Building
Your Child's Extra
Special Advantage!
You can't pour into them if you have an empty cup. Your child's journey starts with you being at your best, so let's look after you first! It isn't 'selfish' it's essential! Download my special gift - "Timeout for Parents - 2 Minute Tips to Help You Restore Your Sanity and Avoid Burnout!"
You'll continue looking after your child WHILE looking after yourself.
Ready, set...